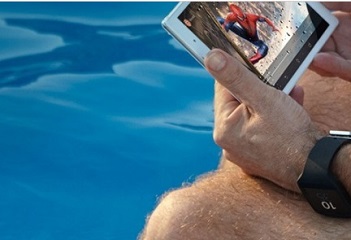 For so many years we all sat in front of the desktop and started typing on our keyboard. Little did many us know that there are so much to learn from the keyboard itself. There are 2 types of Keyboards namely Membrane and Mechanical Keyboards. Let us know about the difference between the two.

The cheap keyboards which we mostly get with the computers have a membrane below each key. Pressing a key causes a membrane to be pushed to its lower layer causing the current to flow thus making a closed circuit and performing the respective function of the keys. The greatest disadvantage with this type of keyboard is that the key needs to be pressed fully and there is very less tactile feedback provided by the keyboard. Bottoming out every keystroke causes over exertion, finger fatigue and can even cause Carpal Tunnel Syndrome.

Mechanical Keyboards on the other hand uses a switch under the keys which has varieties of responses and travel times. It produces great differences in tactile feel along with audibility of each click. Another gigantic difference between the two keyboards is that switches on the former keyboard last for 5-10M keystrokes whereas the latter one for 50M. This factor would make its expensiveness worth. This type of keyboard can register all keys at one time, thus proving to be helpful for the speedy typists. This type of keyboards are also beneficial for gaming purposes as often in gaming it is required to press various buttons at a time.

Actuation point: The point where a keypress gets registered due to contact mechanism.

Key Blocking: When various keys are pressed together such that the keyboard doesn’t recognize a further one until the initial ones have returned to rest.

Key Ghosting: The state occurred when 3 keys are pressed at once and the keyboard registers a fourth one also which you actually did not press.

Key Rollover: The no. of keys that could be pressed simultaneously one after the other and without lifting the finger from any of the previous ones.

KRO: The maximum no. of keys you can press in a particular keyboard. The KRO no. varies from keyboard to keyboard. Example, a 3KRO keyboard can register 3 keys pressed together. Similarly an NKRO refers to the same with the difference in the number that is it can perform pressing N keys altogether. The NKRO feature is available in keyboards with PS/2 connectors.

PS/2: It is a 6 pin Mini-DIN connector used in connecting the keyboard and mouse to a computer compatible with it. Most connectors are now USB but PS/2 has the benefit of NKRO which the former does not.

Reset Point: The point when the keypress cannot be registered further because of the mechanism.

Tactile Point: The point when you can realize when you have actually registered a keystroke successfully.

USB: It stands for Universal Serial Bus. The current industry standard that is responsible for the connection of computer components with the PC.

Buckling Spring Keyboard: The keyboards using a buckling spring mechanism thereby controlling a small hammer.  Pressing any key causes hammering a respective switch, thus registering an audio and a tactile response as a feedback for the user.

Dome Switch Keyboards: It is a cross breed of the membrane and mechanical keyboards. Either metal or polyester switches in the shape of domes are used. The pressed dome connects an open circuit thus completing it and registering the keystroke.

Scissor-switch Keyboards: It is also a type of dome switch keyboards. It uses rubber domes as keys having a scissor-like mechanism that links the key to a plunged area with a shorter travel time than Dome Switch Keyboards.

Topre Keyboards: It is a cross breed of a mechanical and a scissor switch keyboards. It uses a spring along with the rubber dome and because of the presence of this domes they are quieter and do not produce such sounds.