The concept of smartwatch is entering slowly in the society and just as we are getting accustomed with smart watches the whole idea is rejuvenated and taken to a whole new level. The Ritot is such a smartwatch that has all the facilities of a conventional smartwatch but the quality that makes it exceptional is its ability to project everything on your hand, i.e your skin. 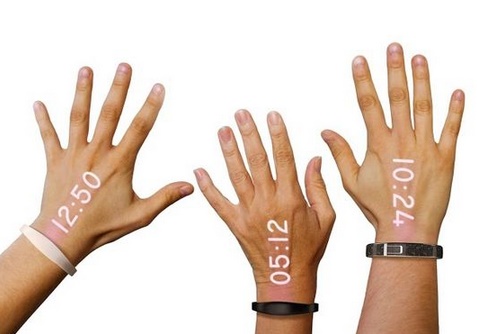 The smartwatch will be available in two models Sport and bracelet. The projection on skin is accomplished by a brilliant quality pico projector. The device comes with a base for wireless charging as well. Ritot will have a battery life of 150 hours when operated in projection mode and comes with a single sensing button. The projection is controlled by that button or shaking the watch. The projection lasts for 10 seconds. Ritot will be supported in all major platforms like iOS, Android, Windows. An Indiegogo campaign was launched on July 7, 2014 which revealed that Ritot already reached its $50,000 goal by 229 percent, raking in an impressive $114,200.

FOCI: Upgrade Your Skill Of Deep Focus With This Game Changer Gadget

Mushroom Stand For Laptop: The Laptop Accessory You Must Own

The Ultimate Guide to Boosting Wi-Fi Signals in Your Home