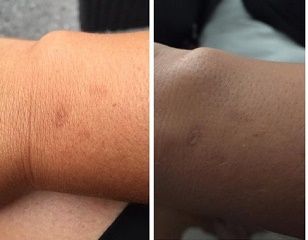 Google engineers have been working on Project Ara since a long time. Project Ara conceptualized modular smartphones which means the smartphone which would be made up of detachable small modules. These modules provide different functionality and each module can be separated and replaced by another module. This makes the phone highly customizable and thus opens new windows of customization. There was a conjecture regarding the practicality of the phone. According to some the phone promises to become future face of smartphones while according to some, it’s impractical and impossible.

It’s been a year that we heard about Ara. Now news have started speculating that the modular smartphone will roll out to developers by 2016 Fall and will reach out to consumers by 2017. Project Ara modular phone will boast interchangeable parts that you can customize according to your needs anytime.

There will be six generic slots that will be ready for replacement anytime anywhere. For example, you can add a wide-angle camera module or swap it for a telephoto. Users can choose to add a larger battery while playing game. There will be provision to replace the screen with an E Ink display for reading on a long flight. This will boost the life span of a smartphone and its attachment to its human.

If you want to apply for the developer edition shipping 2016 fall, then go to the Project Ara website. Else, you’ll have to wait until 2017 when the consumers’ phones will roll out.