The Importance Of The Role Of Server Response Time

As promised, Tech Entice continues enlisting the unusual fun features of Google. In case if you have missed the first part, you can read it here. Google has always been putting its nerdy and geeky knowledge into applications and the moment it started clicking, it only reached skies. When Tech Entice proceeded further with its research work, it found Google to be knowing the need of the hour and putting an effort in that direction. Efforts which always succeeded bringing out imminent results and thereby extremely positive reviews. So without much delay, let’s start adventuring a tour which Google organized days back, but somehow we didn’t notice. 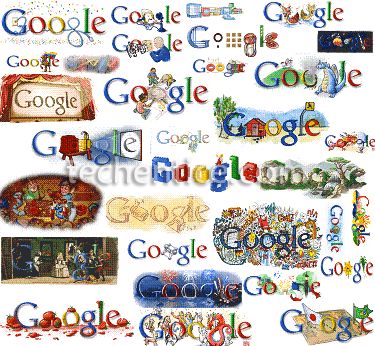 I. Interact with Google

1. Charlie Chaplin: On 15th July, 2011, Google unveiled its first video doodle, celebrating 122nd birthday of the Classic Comedian, Charlie Chaplin. Charlie Chaplin, who was the king of the silent film era, was a boon to this planet. A boon which not only entertained at its best, but also empowered the strength of visual yet silent story telling. Google included a bit of creativity as well while creating this video doodle. 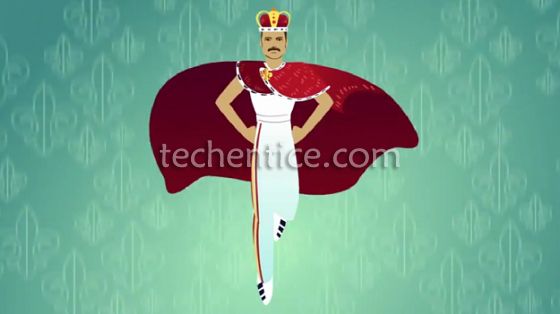 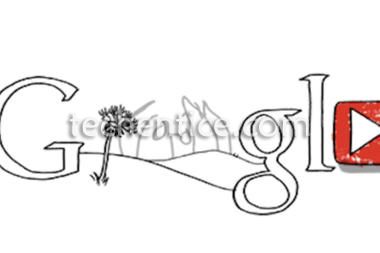 3. Imagine: Imagine is the first animated video doodle created by Google to commemorate John Lenon, an English singer, musician and songwriter, on his 70th birthday. John Lenon was known to be the heartthrob of every single person of 20th century. His simple yet rich compositions even touched Google who created their very first animated video doodle honoring this legendary creature on earth. 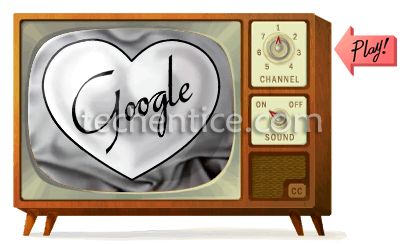 4. I Love Lucy: “I Love Lucy” was a fun sitcom of 1950s. Google celebrated Lucy’s 100th birthday with a wonderful doodle. With her brilliant comic timings and inexplicable moods exposed through her vibrant facial expressions, Lucille Ball, the Lucy of “I love Lucy”, not only made her fans burst out into laughter but also gained immense amount of appreciation on account of her precious talent. Google doodled a television set giving it a 1950 look with 6 channels and volume controls. One could switch the channels to see 6 different Lucy broadcast.

II. Customize your search with Google

2. Google Calculator: Google provides the users with a calculator to calculate simple mathematical problems. On entering the calculation in the search bar, Google activates its in built calculator with the result. 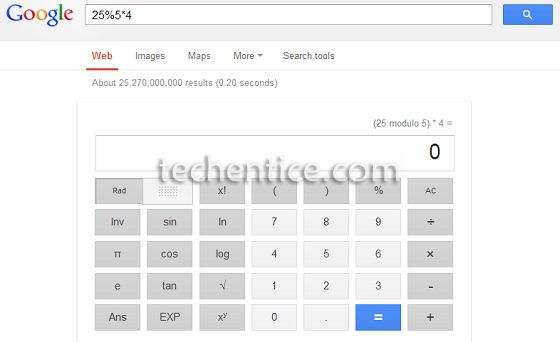 3. Stock Details: If one needs instant stock information without browsing for some website, one can type “stock company_name” to retrieve the current stock market details of that particular company. 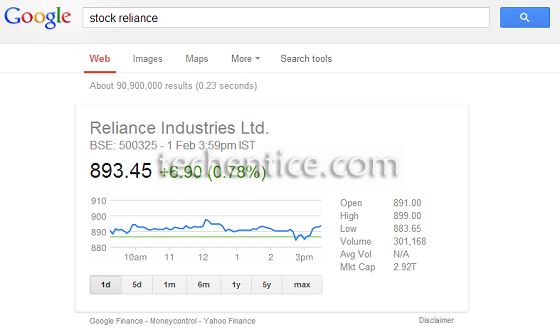 4. Cache of a website: Sometimes a website gets untraceable by Google Search. Under these circumstances, Google brings a solution. It takes a snapshot of the last preview of the website and archives it as the cached version. Whenever a situation arises where one cannot open the site through Google search, one can visit the cached version of that site by entering “cache:site_name” in the Search bar.

5. Information about a website: Google stores information on every website which can be retrieved by punching “info:site_name” in the Search Bar.

6. Definition: Google displays the web definition of a term that a user is looking for, if the user types “define:term” in the Search Bar of Google. 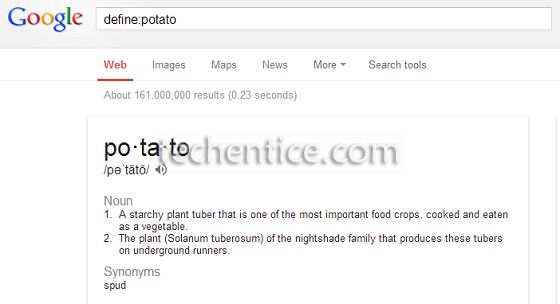 7. Links linked to a website: Whenever one wants to know about the number of links that a particular website is linked to, or the links, it is back linked to, one can enter the keywords “link:site_name” to get the information from Google. 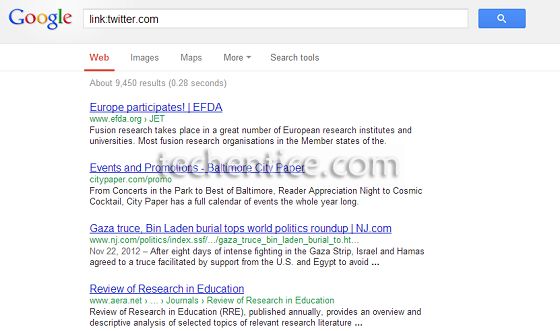 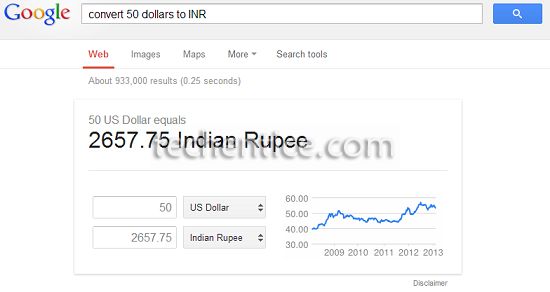 9. Related Site: Whenever one is looking for sites similar to a known site, one can ask Google to come for rescue. Google helps one out to deal with this one, by the keywords “related:site_name”. 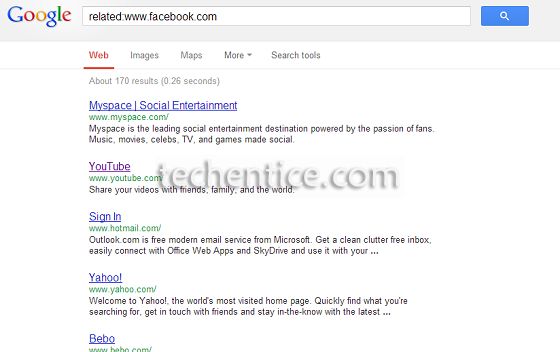 10. Weather Reports: Google is also very handy when it comes to Weather Reports. One can know about the exact temperature and the details of the weather of a particular location by entering “Weather city/country/U.S zipcode” in the Search Bar. 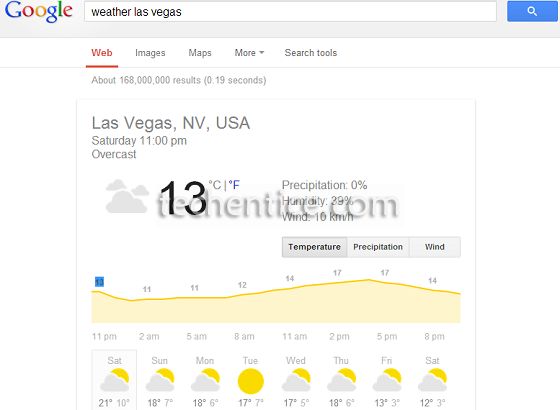 11. Flight Status: It gets very irritating when one reaches at the airport to receive someone only to know that the flight has been delayed. But Google understands the value of one’s time and allows one to know about the current flight status by punching in the words “Flight_name Flight_number” in the Search BAr of Google. 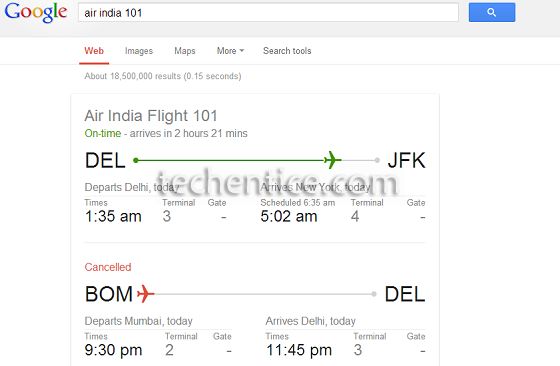 12. Maps: To locate a place on the globe of our planet, one has to type the name of the location followed by the keyword “map” in the Search Bar to view the map of that location. 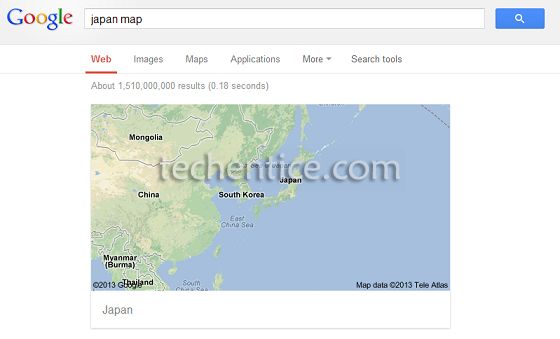 13. Price Range: Sometimes when one wishes to buy a mobile phone, one has to check if the particular brand fits in his budget or not. Instead of browsing through “gazillion” of websites, one can type the brand followed by the range of price that one can afford, and check whether the phone is available in that range or not. 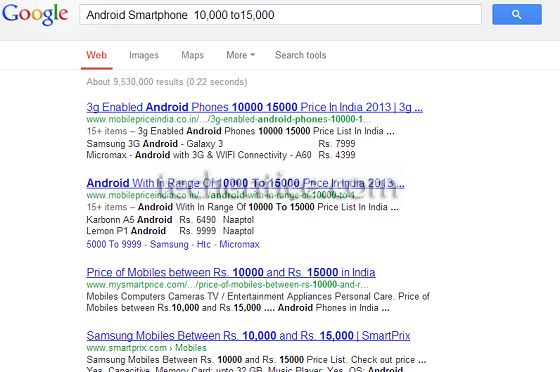 Here Tech Entice concludes with the list of the most amazing but unusual features that Google presents us with. Google, being a vast pool of information has many more such features which can startle its users, tickle them and sometimes make them screw their brows. This has been an effort from Tech Entice to throw some light on its most favorite features of Google. We sincerely hope that our interests match with the readers’ too!!!! Have a wonderful Googly Day Folks!!!